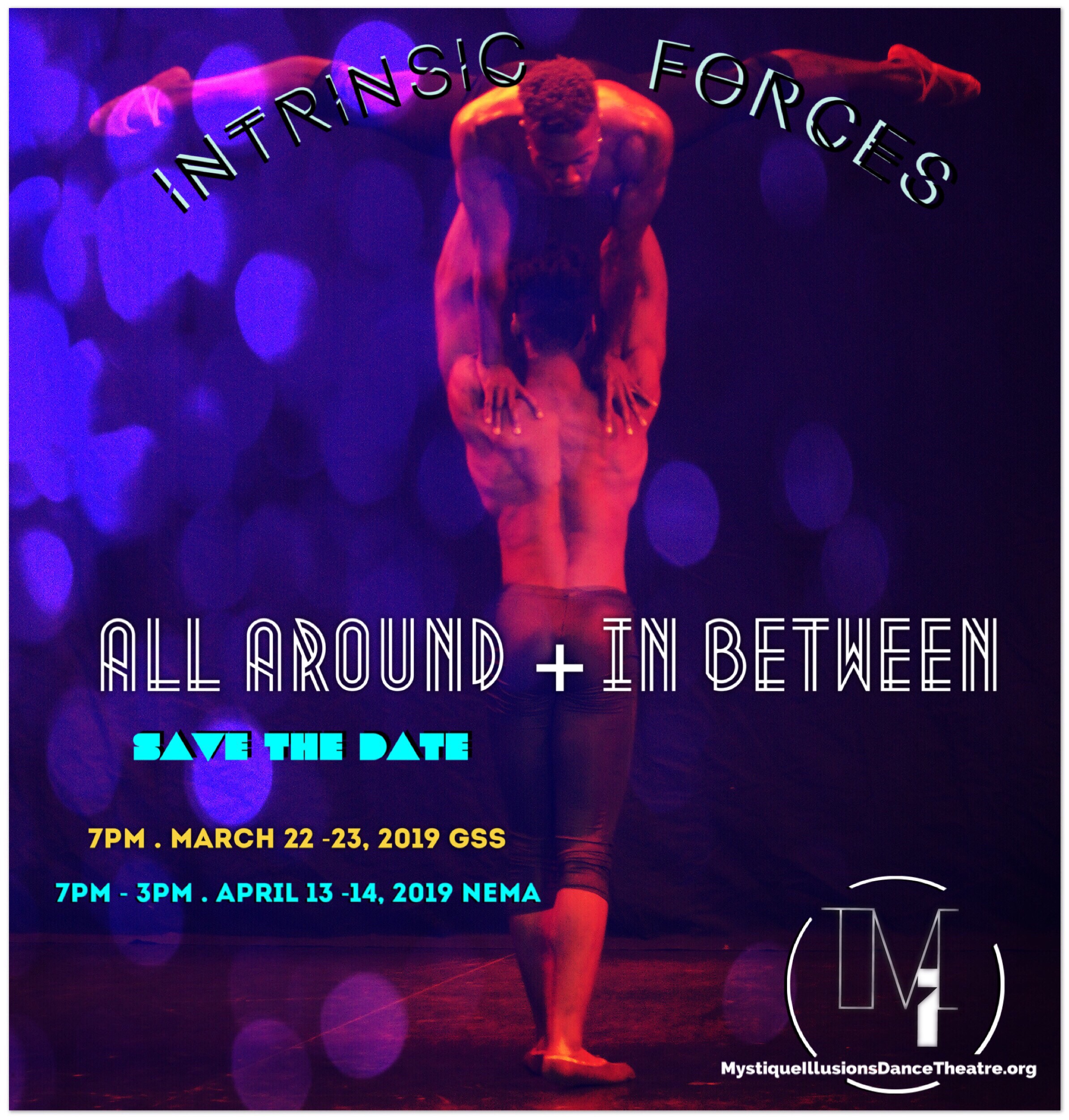 Intrinsic Forces (All around + In between)

In a society that increasingly supports disconnection and relishes conflict, All Around + In Between hones in on the empathetic energy that can exist between beings on an emotional, spiritual, and even a physical level. Boston-based company Mystique Illusions Dance Theatre will present their third evening-length production, All Around + In Between. Director Ronnie Terrell Thomas draws inspiration from the energy that transfers between bodies in motion to examine influence -both good and bad- that occurs beyond intention. Through energetic transference, All Around + In Between aims to explore what it means to be humane, and to act as an illustration of that sensitivity. The evening includes video projections, narrative voice over by Tiella Grimes, re- workings of MIDT’s repertory from the past three years, as well as several new works. Featuring music by Zero 7, Aphex Twin, Paula Temple, Nils Frahm and lighting by Erik Fox.