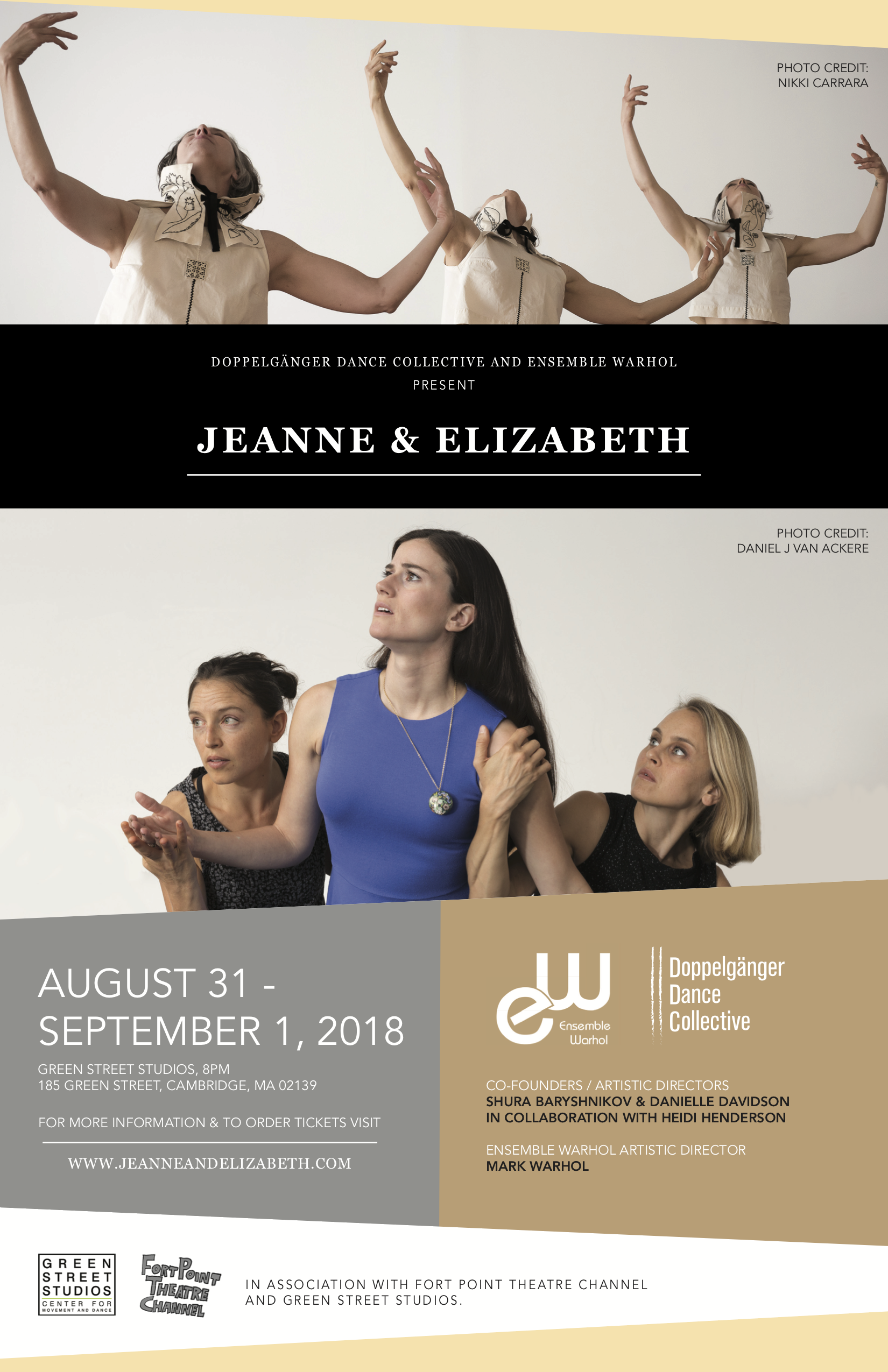 JEANNE — Men and Their Machines, created in association with Fort Point Theatre Channel and Green Street Studios, is scene five from the first act of the opera JEANNE, composed by Mark Warhol based on the libretto by James Swindell. The choreography will be developed jointly and performed by dancers Danielle Davidson and Shura Baryshnikov in cooperation with dramaturge Ilya Vidrin. Soprano Anna Ward will play the title role of Jeanne.