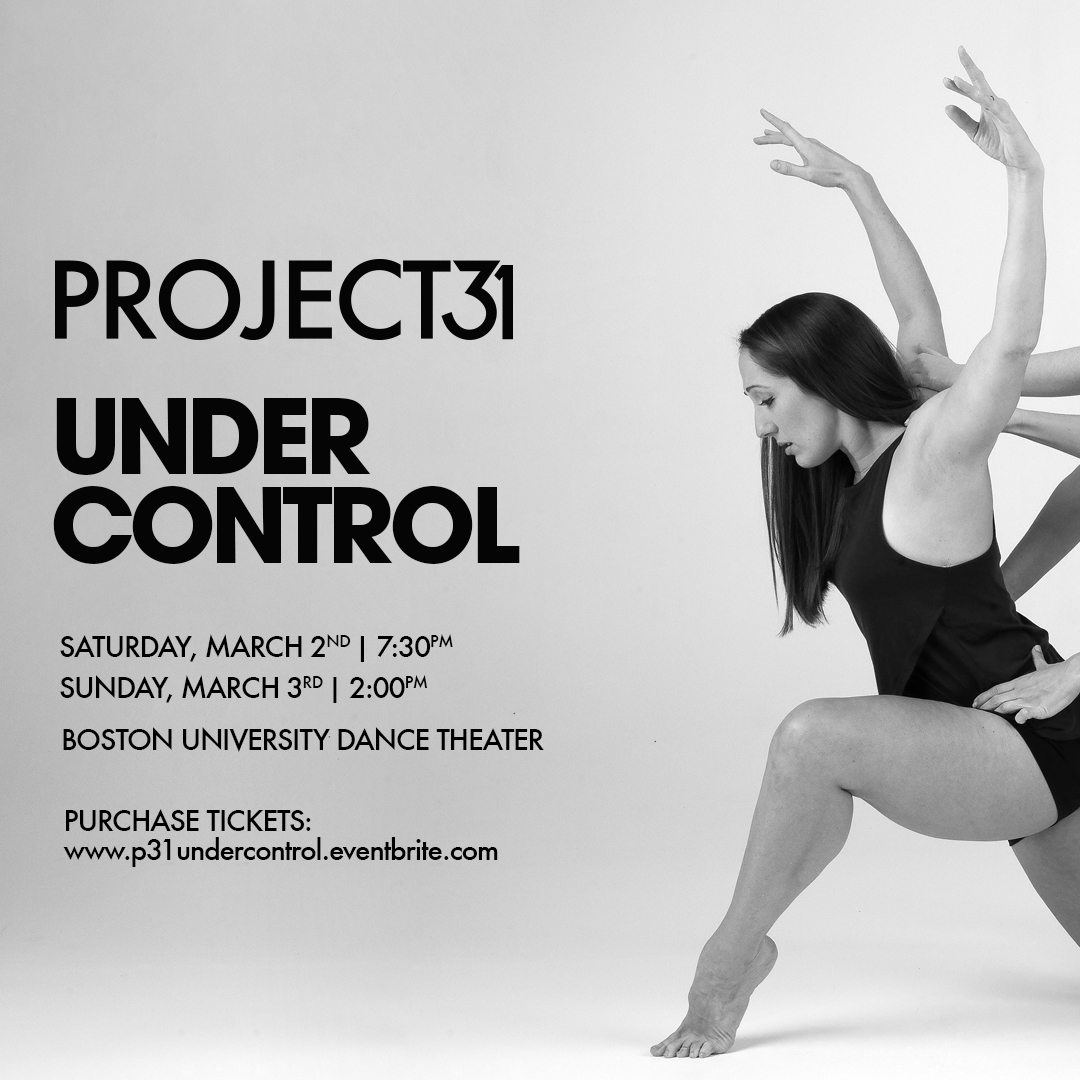 Boston-based PROJECT 31 will take the stage for it’s second production “Under Control” featuring the choreography of Artistic Director Kenzie Finn and company member Lindsey Orgren. Directed by Kenzie Finn, works featured draw inspiration from the emotional implications of struggling to remain in control of one’s self while being controlled by external forces. Daily struggles, life altering events, and personal emotions all exert varying degrees of pressure causing individuals to fall in and out of control of themselves and the world around them. “Under Control” sheds a light on this personal and emotional struggle through music and movement.