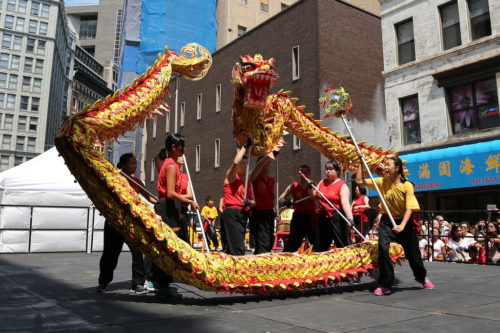 Each year, CCBA organizes Chinatown’s August Moon Festival. Now in its 50th year, Chinatown’s August Moon Festival is a day-long event filled with cultural performances as well as Chinese calligraphy, arts and crafts, and various vendors of Chinese food and merchandise. The Festival not only celebrates an important Chinese holiday, but also serves to attract people of all backgrounds to Boston’s Chinatown, to highlight what the CCBA and Chinatown’s offerings, and to educate people on Chinese culture, such as lion dancing, Chinese opera, music and folk dance, and martial arts. The event attracts thousands of spectators from the greater Boston area and beyond to Boston’s Chinatown each year.