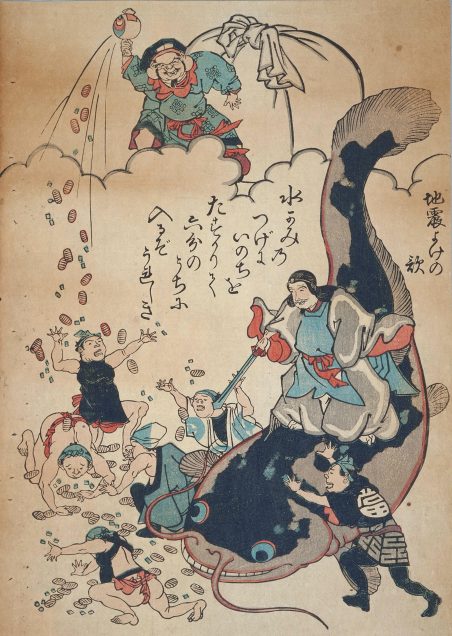 Kamioroshi, the Descent of the Gods

Kamioroshi, the Descent of the Gods
by Ron Richardson
Directed by Sonoko Kawahara
Choreographed by Momo Suzuki and Kevin Suzuki

In both Japanese kagura-music and dance, and Noh theatre, the descent of the deity is called kamioroshi. Kamioroshi occurs in sacred time and space. It bends and fuses both dimensions to bring a Shawnee and an African American fugitive slave into an encounter with Japanese peasants during the violent and destructive creation of modernity. Discovering that they share many fundamental values in common, they set out on a pilgrimage to rectify the world.