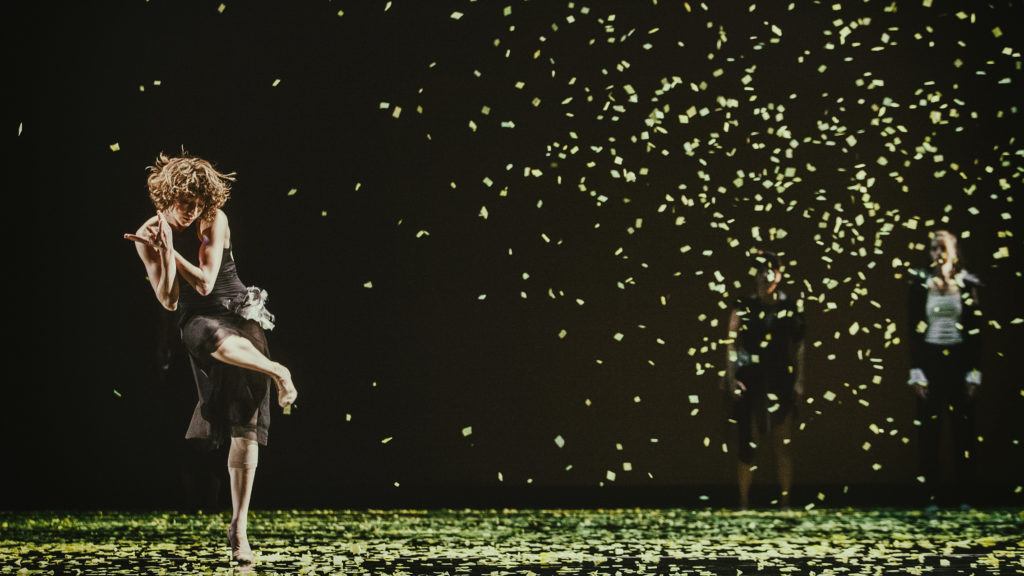 San Francisco-based ODC/Dance began as a collective at Oberlin College in 1971 and has since transformed and relocated to become one of the most active centers for dance on the west coast.

“Full-bodied and expansive without being showy or brawny” (The New Yorker), ODC/Dance returns to the Pillow for the first time since 1994, featuring KT Nelson’s Dead Reckoning, set to original music by celebrated Kronos Quartet cellist Joan Jeanrenaud and performed amidst a mesmerizing sea of green confetti.