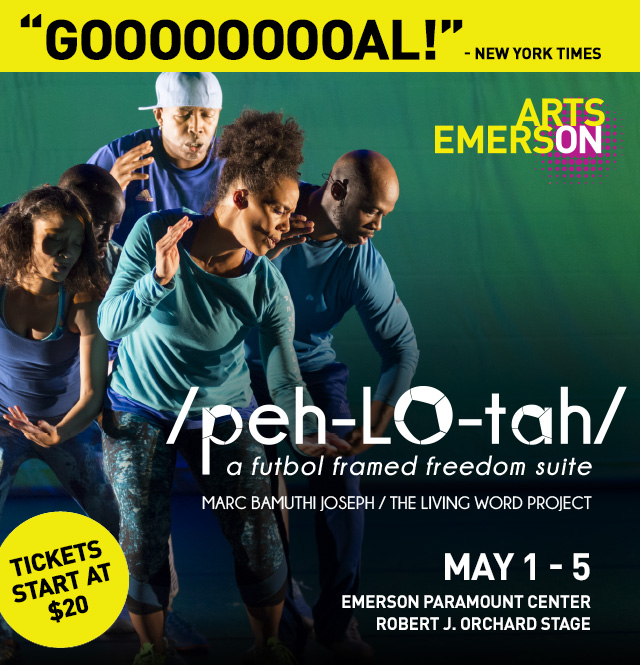 But it’s so much more:

Soccer is now the world’s most popular sport, but for poet-performer Marc Bamuthi Joseph, his personal love of the game amounts to a heritage story. As a child of Haitian immigrants, the blissful freedom of the soccer field represented the race toward the American dream. In /peh-LO-tah/ we are taken on an epic whirlwind road trip from pickup games in Haiti to the World Cup stadiums of Rio de Janeiro and Johannesburg. As Joseph and his cast fire off impassioned, poetic tributes to the game, their feet do another kind of talking with futbol-inspired choreography.

/peh-LO-tah/ digs deeper, directly clashing with the the discrepancies of a game that promises freedom yet suffers from racial inequities. It’s childhood fantasies vs. global realities, all set to sounds of hip hop and samba, celebrating the only game the entire world can agree to play together.